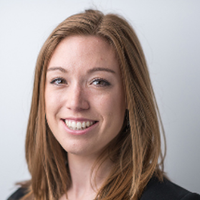 A report into automation published by the Business, Energy and Industrial Strategy (BEIS) select committee has identified that more needs to be done in the UK to better prepare for automation in order to keep up with other G7 economies and become competitive in what is often called the "Fourth Industrial Revolution". The report identified numerous barriers to automation in the UK, including uncertainty as to its benefits as well as the lack of skills required to deal with automated technologies.

Greater education is required for both current and future stakeholders in automated industries in order to facilitate a move towards automation. A report by PwC recommended that the government take action to address the current skills shortage in relation to automated technology, recommending both a national 'retraining' programme to update and develop workers skills as well as greater investment and focus on 'STEAM' skills in schools. The government's current commitment to workplace apprenticeships can only assist in this regard.

A greater awareness and understanding across all industries of the benefits of automation is also required. Increased productivity is perceived to be the main benefit of automation (the Made Smarter Review of 2017 identified that faster innovation and adoption of automation could add as much as £455 billion to the UK manufacturing industry over a 10 year period). An increase in productivity from automation in one industry can decrease production costs in others, increasing demand across the winder industry and resulting in an overall economic benefit to the UK. On the flip side, a failure of UK industries to adopt automation may see other countries utilising these benefits, decreasing costs and making UK products and services less competitive globally.

How the UK responds to the global move towards automation is not currently clear. However, it is clear that the UK will need to either embrace automation or face lagging behind the major economies of the world in the future.

Ocado, a British company at the global forefront of retail automation and bespoke industrial robotics, told us that automation had doubled the productivity of their warehouse operations. However, the potential productivity boost of robots that could benefit the wider UK economy has not yet been seen across the wider economy.

Landmark Google case - how far does the right to be forgotten really extend?
Suzie Miles

The FCA has made it clear that Boards must take responsibility for the operation of AI solutions.
Suzie Miles
Recent posts from Ashfords Insights